Login/Signup
Our mission at Firebrand is to know Jesus, and to make Him known in our community, in our nation, and in the world.

When You Run Out of Prayer Words 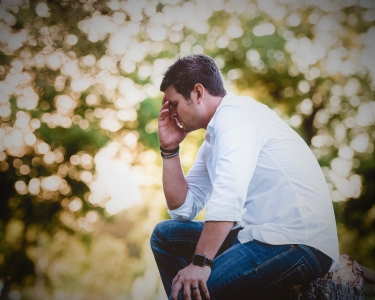 It almost seems like a necessary place to get to.

“19 For the creation waits with eager longing for the revealing of the sons of God. 20 For the creation was subjected to futility, not willingly, but because of him who subjected it, in hope 21 that the creation itself will be set free from its bondage to corruption and obtain the freedom of the glory of the children of God. 22 For we know that the whole creation has been groaning together in the pains of childbirth until now. 23 And not only the creation, but we ourselves, who have the firstfruits of the Spirit, groan inwardly as we wait eagerly for adoption as sons, the redemption of our bodies.”

All of creation is waiting for “God’s Sons” to be revealed. That means all the galaxies, all animals, the demons, the angels, every spiritual principality, and power; they are all waiting.
So then who are these “Sons of God” that everything, and everyone, is waiting for?

The spiritual principality and powers are also called “The Sons of God” right throughout scripture. We see them popping up in God’s counsel in Job 1. They are sometimes called the Hosts of Heaven or God’s Holy Ones, Jude 1:14.

We first meet them in Gen 6:1-2 “When man began to multiply on the face of the land and daughters were born to them, the sons of God saw that the daughters of man were attractive. And they took as their wives any they chose.”
Many of these are the ancient gods of the polytheistic mythologies of our human past. Some of them, it seems, have waged some kind of spiritual battle against God (Revelation 12:7-17) trying to usurp God’s authority. Ezekiel 28 gives a clear rendition of this rebellion.
We see these Sons of God given an extremely high rank, even though some of them are rebels. Psalm 82 even calls them “gods.” Psalm 82:1 “God has taken his place in the divine council; in the midst of the gods he holds judgment:”
And Job 1 and Zechariah 3 shows us how God even allows them to question Him and His actions in a form of divine accountability.

But here in Romans, we are told that there is a new order of Sons of God, to be revealed. Who are they, these beings who are to be adopted into God’s direct family lineage?

The Creation, Paul tells us (the galaxies, animals, demons, angels, principalities and powers, and humans), have been made subject to chaos or entropy (we can think of it as futility or meaninglessness vapor as it’s described in Ecclesiastes). And creation is groaning under this subjective curse.
What’s it groaning about? It’s not groaning without hope of things improving. This groaning is in some kind of hope that creation might follow these new “Children of God” out of entropy into eternal glory and freedom.

Verse 23 of Romans 8 tells us that we who believe and follow Christ are not exempt from this inward groaning. Even us who have God’s Holy Spirit groan inwardly as we wait for adoption as the “Sons of God” where our bodies will be redeemed in the same way that our spirits are already redeemed.

So it’s us, The Church, the collective disciples of Jesus Christ still on earth, who all of creation is waiting for. We are the new order of “Sons of God” to be revealed.
Wow. I would have been happy with just being saved. God knows I didn’t even deserve that. But to be installed again into God’s family as a son, like the prodigal, what an unexpected mercy, what an undeserved grace, what a miraculous victory God has wrought out of the ugliness of human sin!

We have The Spirit of God, but still, we groan inwardly! God’s Holy Spirit is not a charismatic happy pill. His person and His function are so much deeper than what we could achieve on this earth.

Do you groan? Have you been groaning inwardly for a long time? This is probably a good thing. It may not be very pleasant, but it is necessary.

“For in this hope we were saved. Now hope that is seen is not hope. For who hopes for what he sees? But if we hope for what we do not see, we wait for it with patience. Likewise the Spirit helps us in our weakness. For we do not know what to pray for as we ought, but the Spirit himself intercedes for us with groanings too deep for words. And he who searches hearts knows what is the mind of the Spirit, because the Spirit intercedes for the saints according to the will of God. And we know that for those who love God all things work together for good, for those who are called according to his purpose.”

So God’s Holy Spirit is not a happy pill and an “earth success” vending machine. Instead, He brings with Him a sustaining HOPE! A hope that resides inside us, that causes us to long for this redemption and revealing.

Paul reminds us that we can’t hope for what we already have. But you can wait for it with patience and expectation. Especially since it is guaranteed by none less than God Himself.

At the end of this discourse we are reminded that our mouths, our tongues are able, by God’s Grace, to pray the very words out of the MIND OF GOD, which are His will, His plan and His hope for us specifically!

What an amazing gift! While we wait in patient endurance through some of the things we desperately want changed, the long-term sufferings and groanings, God is developing a skill in us that enables us to pray His will into existence.

So how does this process work?
It’s called praying in tongues. This is not congregational tongues with an interpretation. This is personal, long-term praying. In fact, there are no human words that could be used to interpret these prayers.

It’s not more complicated than that. The simple truth is we must not neglect to pray in tongues, constantly! (1 Thessalonians 5:16-18). Ephesians 6:18 “praying at all times in the Spirit, with all prayer and supplication.”

When I was in the military I found myself in a situation where I was seriously concerned for my life. I had prayed for about 6 months that God would remove me from the situation and it kept getting worse. It was dark and demonic and very dangerous.

I had run out of words to pray and, I was not just intimidated, I was extremely fearful that my life was to be taken from me. One morning, I felt an instruction from heaven to pray in tongues until I was told to stop. So I began to pray silently in tongues.
I imagined a few hours, perhaps the rest of that day. I honestly don’t remember how long I prayed in tongues, but it was definitely for weeks, may even have been as much as three months. Every waking moment I was praying silently in tongues. When I was alone, I would mutter the words quietly. At times I felt nothing, at times I felt a deep powerful spiritual connection with the throne room of God, and the emotion and empathy of Christ for my situation.

The breakthrough came for me in a matter of 72hrs. Suddenly, I was whisked miraculously out of the situation and, as it was happening, I was thoroughly protected.

It was a lifelong lesson for me, and I believe this is a small replica of what Paul is speaking about in Romans 8.

In the ultimate sense, we are to be revealed as Sons of God. Faith does not just lead us to salvation, as unmerited and miraculous as salvation is, that is just the beginning. Faith ushers us into the very counsel of God, where we are to rule over angels (1 Corinthians 6:3).

In Zechariah 3, we are given a vision into this existing Counsel of God, made up of the gods, the current “Sons of God,” the Host of Heaven. The high priest is standing accused before this heavenly congress, representing all of Israel, who in turn represents all of humanity. The high priest has no defense. But a defender appears for him, speaking the very Words of God and Joshua, this high priest representative is redeemed. In verse 6, we find this phenomenal promise:
Zechariah 3:6 “And the angel of the LORD solemnly assured Joshua, 7 “Thus says the LORD of hosts: If you will walk in my ways and keep my charge, then you shall rule my house and have charge of my courts, and I will give you the right of access among those who are standing here."”

We are the Sons of God yet to be revealed, we are to stand in God’s counsel. The humble humans redeemed by God’s Grace are invited into the highest seat in heaven under God Himself.