Get the Firebrand Mobile App 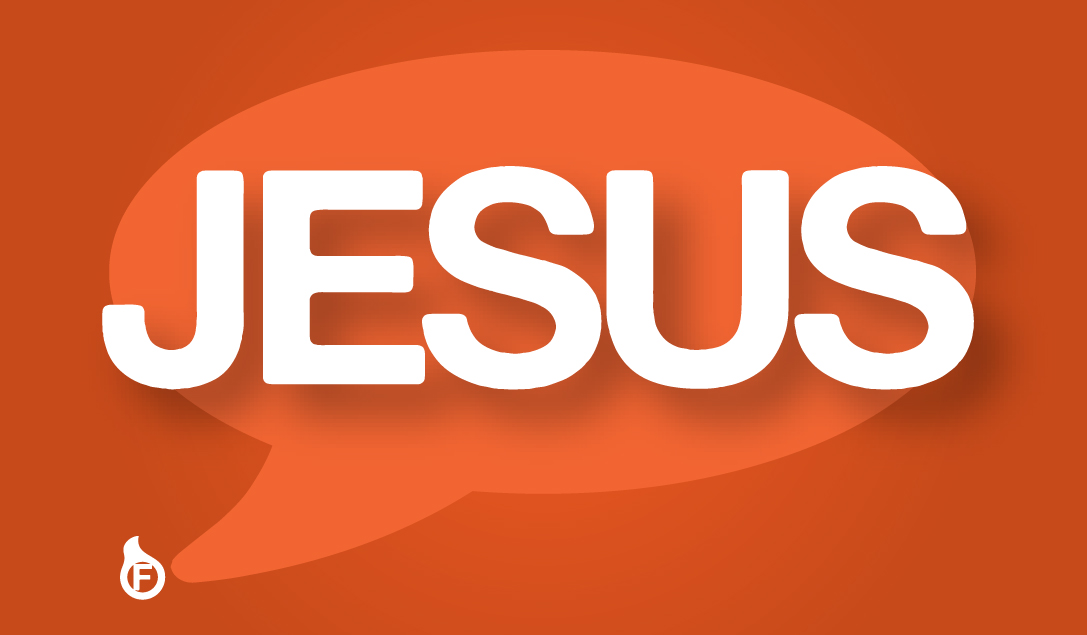 Firebrand is small, speaking about a Big Savior!
We believe that Christ's sacrifice, his death and resurrection, leads to salvation for all who accept that Christ is who He says He is; and who choose to turn away from a self-directed life and willingly submit to Christ's direction.

Who is Jesus Christ?
It’s difficult to find someone who doesn’t have an opinion on who Jesus is and what He is about. There are more paintings, songs and books about this one person than anyone else in history. Every year there are new theories about who He is and what He did. Even our date system pivots around this man. But why?

Was He a prophet; a good man; a teacher; a revolutionary; or a mad man with a god-complex? What is it about this man that has spurned so much adoration and so much hatred? Let’s examine some of the facts that lead Christians to believe what they believe.

Jesus is a historical figure
While the Discovery Channel and the like regularly give airtime to some new conspiracy theory around Jesus’ existence and life, the fact is that Jesus was a real, historical figure.

Jesus was a man
Jesus was a man like everyone else but he performed many credible miracles in his life. These miracles showed that God was with Him and had appointed Him to establish God’s Kingdom on earth – where justice, love, mercy and grace reign. Jesus fulfilled over 300 prophecies found in the Old Testament that confirm Him as God’s saviour of mankind.
By living a perfect and sinless life before God, and by perfectly carrying out God’s mission of love to the world, and by resisting all the temptations of the Devil, Jesus simply did not have the sin and guilt that we all carry before God.

Jesus was crucified
Jesus was crucified by the plan of God, carried out by men. By arranging his crucifixion, despite His innocence, Jesus’ contemporaries sought to exert their local socio-political authority. But the death of Jesus became something far greater than that – Jesus’ death achieved a spiritual victory for all of mankind.

As the perfect man he traded his life to satisfy God’s justice against all of mankind’s sin. For God must uphold justice, as we would expect him to. The only way God could satisfy both his justice and his passionate love for mankind was to pour out his judgement on a willing, perfect substitute. Jesus was that willing substitute and He therefore paid the price of our sin on our behalf.

Jesus rose from the dead
Jesus rose from the dead, His resurrection was well documented and seen by over 500 people before he ascended to heaven. His resurrection was the final victory over death, meaning that all who trust in Jesus step into this same victory over sin and death. It also means that all who trust in Him can enjoy God’s life right now and know God personally.
The resurrection was also Jesus’ victory over the Devil who was not able and can now never stop God’s plan of redemption to mankind.
Christians trust Jesus rather than themselves, their good works or even their religious works to save them from God’s justice. That’s what it means to ‘have faith in Jesus’. His rising from the dead proved that God declares mankind free. All that remains is for people to accept this freedom from God.

Jesus is fully God
He is the all-powerful ruler over all things physical, social and individual; over nations, political systems and the individual heart; over death, wrongdoing and guilt. Jesus Christ is the central message of the Bible, the figure that all of history points to, and the focal point of mankind’s future.

Jesus can be known – personally
It doesn’t matter what your culture or background is, Jesus has promised to give His Holy Spirit to all who believe and turn themselves toward Him; so that they may know Him personally, as He is alive today. To be a Christian you need to believe that Jesus is who He says He is, who the Bible says He is, and who God's Spirit says he is; and you need to repent from a self-directed life. Repentance is not as it would seem from the outside, a giving up of freedom; it is the very path to freedom. It is Jesus who brings life and He is willing to give it to all who simply trust in Him. There is nothing else required of you except simple trust!

Why must I believe? Why can't I see scientific proof?
Besides the fact that we have more evidence of Jesus' resurrection than we do of either Shakespeare's or Julius Caesar's existence; God still requires us to believe. Anyone who wants to please God must believe that he exists (Hebrews 11:6). Faith is the only way to accept the gift of eternal salvation that Jesus gave us.
Believing is something we do all the time, it is a choice we make based on what we see and experience. God expects us to trust him and to have faith in Jesus.

What is a Christian?
A Christian is just a woman or a man who believes in Jesus Christ, has turned their lives away from everything else and toward Him, and are living in a daily relationship with Him and living out their Faith in real time.

We would be very happy to tell you more about Jesus Christ so if you have any more questions, please ask! You can contact us here: contact.